By the time Easter arrives, I will have been in “lockdown” for a little over one month. Why? Coronavirus, known as COVID 19. I am living through this global crisis, now a pandemic, outside of my home country. Just over three months ago the world was welcoming a new year, a new decade. We knew little of what was taking place on the far side of the world.

It was on December 31, 2019, a city of 11 million people, Wuhan in Hubei Province China notified WHO (World Health Organization) of a strange pneumonia in their city. WHO, once an unknown acronym would soon become a household word. An unknown virus seemed to stem from Huanan Seafood Wholesale Market. It was infecting people at an alarming rate. On January 7, 2020, it was announced a new virus named 2019-nCoV was identified as belonging to the coronavirus family, which includes SARS and the common cold. On January 11th, China announced its first death had occurred two days earlier. On January 13th, WHO reported a case in Thailand. The first case outside of China carried by a woman that has arrived from Wuhan. January 16th, Japan reported a confirmed case. January 17th the second death in China was reported and the US announced that 3 airports would start screening people arriving from Wuhan. Soon more countries had confirmed cases and on January 20th a Chinese expert confirmed human-to-human transmission. Because it was coming up on Lunar New Year in the Asian countries, there was widespread fear of a major outbreak as millions travelled to their hometowns in China. On January 23rd, Wuhan and it’s 11 million residents were placed on quarantine. All air and rail departures suspended. Beijing cancelled events for the Lunar New Year on January 25th. February 2nd, I boarded a flight to begin life in Poland.

For most of the world in February, life went on as normal and the coronavirus was still an Asian problem now affecting South Korea and Japan. That is until the end of the month as reports were coming out of the Middle East and Italy.

On March 11, 2020, WHO declared the coronavirus outbreak a pandemic. On March 11th, life in Poland ceased being normal for me. Poland closed all schools and announced borders would be shut down at midnight Saturday, March 14th. This meant that all air and rail traffic in and out of Poland would cease. The border could be crossed in a vehicle at certain checkpoints with medical checks and possible quarantines. I began to receive emails from the US Embassy in Warsaw. These emails updated me on travel restrictions of most countries in the world but more importantly on what was happening in Poland. The US Embassy was urging US citizens to return to the United States immediately, not just from Poland, but from all corners of the world or plan to shelter in place for an extended period of time. It also stated that US citizens living abroad could choose to stay. As I had a job and place of residence and was considered an American living abroad, I forwarded the emails to my brother and we discussed my situation. I decided to stay in Warsaw. A decision I don’t regret. 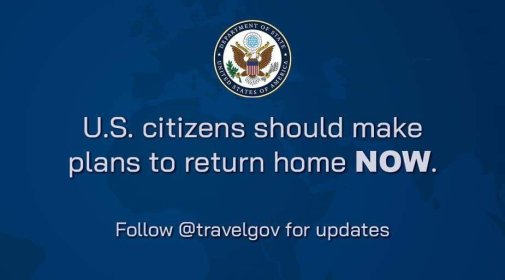 As I watched my home country from afar and was living by the shelter in place rules of a country where I was considered a foreigner, life was far from normal…here and there. In the USA I saw pictures of empty store shelves and heard of people fighting over toilet paper, not following social distancing guidelines, spring breakers still flocking to the beaches. 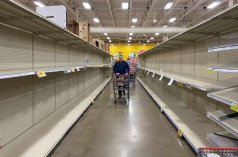 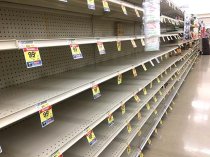 Here in Poland, I was working remotely. I witnessed well-stocked shelves, people queuing up at 1.5 meters outside the post office and groceries without being asked. I saw the police driving around the city and heard them make announcements regarding the stay at home orders. I heard from my students of police breaking up groups in city parks and sending them home, sometimes with a fine. I saw pictures on the internet of eerily vacant cities around the world. Around the globe, Easter services would be going virtual. It seemed that the more distant we had to become the more people were connecting through technology. I read something recently that stuck with me, “COVID 19’s legacy will be, not only alone together, but together alone”.

Yet, the reality of this didn’t hit home until after my last 2 blog posts. I said that this will affect everyone sooner or later and that everyone would know someone. April 1, 2020, my reality hit home and it hit right in the gut. My someone, someone that I used to love, lost his battle to the coronavirus. A virus unknown to the world until a couple of short months ago. A couple of short months that have changed the world. A couple of short months that have changed me. I was deeply saddened when I found out Tom had succumbed. My heart ached for me, for his family and our/his friends, but then I looked at the numbers around the world and my heart ached for everyone. I took a lot of time to think. To think about past differences and how when faced with a shared global threat those differences pale. 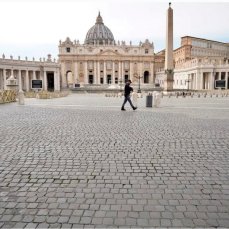 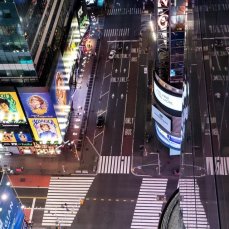 I never dreamed I would see Vatican Square in Rome…vacant, Times Square in the city that never sleeps…silent, or the traffic circle around the Arc de Triomphe in Paris…empty. What I did see was YoYo Ma virtually offering a daily song on his cello, yoga instructors offering free online classes, museums giving virtual tours, adults taking time online to read books to children and friends getting together for virtual happy hours. I saw kindness, love, compassion and joy.

We don’t know when this will end, but we all have hope that it will. When it does, yes, the rules will change. There will be a new normal. I think we will see the revival of parks, the revival of family time, more voice control technology so we don’t have to “touch” things. We will appreciate the simple things in life and be more aware of our global community. As time passes, it is easy to forget. We forget the pain, we forget the horrors, we forget the isolation, we forget…Let’s not forget the kindness…the love…the compassion and the joy we did witness.

That love, compassion, kindness and joy came to me when I needed it most, thousands of miles away from family and friends…Love in the Time of Coronavirus – 2020 the year that changed the world!