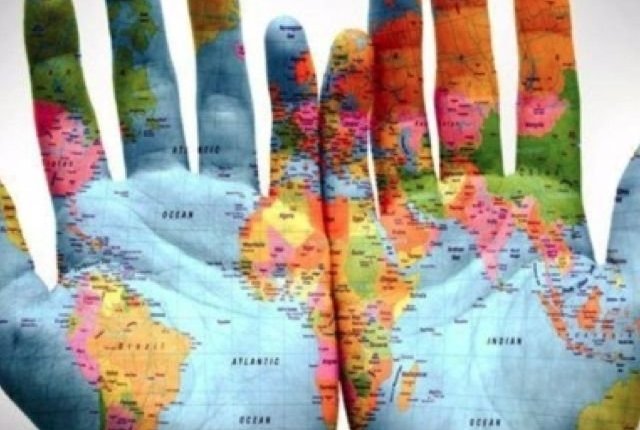 Friday morning, March 27, 2020…I have been in Warsaw Poland for 54 days. It’s cool, 50 Fahrenheit or 13 Celsius and it’s partly cloudy.  Some days I feel like I’m still in NE Ohio based on the weather.  Warren, Ohio sits at 41.23 N latitude and Warsaw sits at 52.22 N latitude making Warsaw part of the 52nd parallel along with Berlin, Amsterdam, Ipswich (north of London), Cork, Moosonee (Canada), and the remote Kiska Island (Alaska).  So, I guess I shouldn’t be surprised by the weather, after all, Warsaw sits about 758 miles further north (each degree equals about 69 miles) than Warren, Ohio. I hope that means I can look forward to a pleasant summer.  From what I have read the average temperatures during June, July and August are about 75 degrees Fahrenheit, with June being between 52 and 72.

The first time I was in Warsaw, was the beginning of November 2014 and only for 3 short days.  My first impression of the city was that it was cold.  I don’t mean cold as in outside temperature, although the temperature was frigid.  It seemed monochromatic, a city of greys, lacking a vibrancy, exactly what I thought an Eastern European country would be like.  Whatever that is…other than some warped vision probably placed in my mind’s eye from the media.    Poland has always been considered a part of Central Europe, up until post-World War II era, when because they were under the “sway” of Russia, they were considered “Eastern European”, but now they are back to Central Europe.  Regardless, I arrived the second time in Warsaw again in a cold, yes temperature-wise, and grey season.  This time, however, I had arrived to make Poland my home for the next year to year and a half.  Little did I know that on day 38 of my new life, the entire world was about to change.

Before I jump into day 38 and a new normal for the world, let’s go back to the beginning.  As the new year of 2020 was beginning, word of a virus in China was just starting to get out.  On January 23rd and the Chinese New Year coming up, the world learned that the Chinese government had locked down Wuhan, source of the virus and a city of about 11 million people. A city with roughly the population of the entire state of Ohio.  This occurred 10 days before I was leaving for life in Poland.  The entire world looked on, often criticizing the Chinese government and the way of life of the Chinese people.  Everyone thought this was a “Chinese” problem and looked on with sometimes morbid curiosity and a lot of joke/meme-making about this “corona” virus.

China had the problem, not the USA, not Poland, not Italy, not South Korea, not Japan…just China.  Yes, China had the problem…UNTIL…the US, Taiwan, Thailand, Japan and South Korea had cases by the end of January.  China’s numbers were snowballing, but even though the coronavirus, soon to be known as COVID 19, was now outside the borders of China…the world kept turning.  I got on a plane on February 2, 2020, and life outside of China was normal around the rest of the world.  China was still being criticized for the handling of the virus. They shut down the controversial “wet markets” with their exotic animal sales, more cities closed their borders, soon, the whole of China was CLOSED.  Other countries then began to close their borders to Chinese nationals.  Yet, the world kept turning and it was still “China’s” problem and my life in Poland began normally.

I arrived not knowing in what city I would be working or even what age group I would teach.  I rented a flat in Warsaw through Airbnb and began organizing my life to live in this country.  I had started the process on my work visa back at the beginning of December and was waiting for it to be approved so I could then get a PESEL (Tax ID number).  I had to also find a permanent flat because I needed a rental contract to file for the PESEL.  After that, I would need to get my residency permit which also meant I had to have a work contract.  Life in those first few weeks was very busy and although I followed information (mostly on Facebook) regarding the virus, I wasn’t remotely concerned about it affecting my life.

Bam, I had 3 jobs teaching Business English for 3 different companies in Warsaw.  I did some touristic stuff around the city.  I learned to use the public transportation system.  I hung out in Warsaw Old Town a few times.  I found a flat. I started work. I moved into my flat in the city center.  My work permit was approved.  I got my PESEL. I could walk to work. I found a beautiful fresh market across from my work.  What could go wrong?  COVID 19 won’t affect my life.

I was into my third week of teaching at a development company with headquarters in Belgium.  By now we were hearing that the virus had crossed the border of China.  It was in South Korea and was working its way through a cruise ship off the coast of Japan.  Stories of the virus in Italy were making the news.  Suddenly, it didn’t seem so far away.  As we started class on that Monday morning, I soon discovered this COVID 19 was indeed about to infringe on my life.  The CEO of this company (he lives in Belgium), had tested positive for coronavirus after returning from a business trip. Later, 2 more employees in Belgium also tested positive.  We were all questioning what this meant to us, here in Poland.  We quickly learned.

On Wednesday, March 11, it was announced that all schools in Poland would be closed beginning the following day until March 25th.  This would also change as schools are now closed through April 13th.  This too is subject to change.  It was also announced that at midnight on Saturday, March 14, 2020, Poland would close its borders.  There would-be no incoming or outgoing flights or trains.  Cars could cross at designated checkpoints and only Polish nationals and foreigners with work or residency permits would be allowed to enter the country.  Medical checks and quarantine orders were in place.  I was also notified that face to face English lessons would be cancelled and we would go remote.  At least I still had a job.  As the situation around the globe was changing rapidly, so was life in Poland.  Soon, all non-essential businesses were ordered to close.  Restaurants were closed to dine-in customers but could do carry-out and delivery.  “Social distancing” and “flatten the curve” were the new buzz words around the world.  Grocery stores were enforcing social distancing by allowing a certain number of customers in the store. 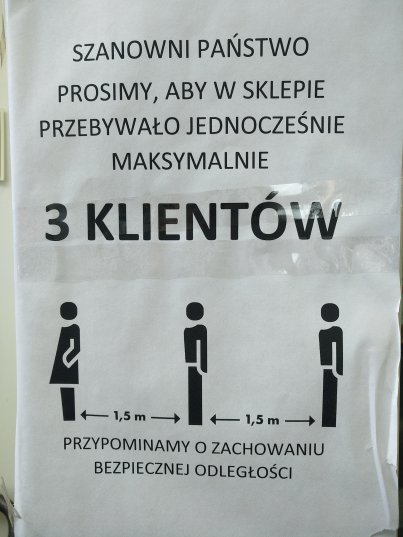 Check out lines had people queueing up 1.5 meters apart.  Public transportation even had rules…1/2 capacity on seating.  Was all this necessary?  I have to be honest, I questioned what seemed to be extreme measures.  Sure, it was starting to happen around the world, but when it dramatically changes your lifestyle, all of sudden it is questionable.  Seriously though, how much is it affecting MY LIFE?  I am working.  I can get the essentials, groceries, toilet paper, alcohol, etc.  I have a roof over my head.  All those books I want to read, I have time.  Most importantly right now, I am healthy.  Socializing, I wasn’t missing.  I haven’t met a lot of people here and I have my almost daily online classes to chat with my students. My life wasn’t affected…or was it?

Activist, singer and journalist, Henry Rollins said, “A great way to learn about your country is to leave it.”  I chose this as a topic of my English lessons during my first week of remote teaching.  Living abroad this has always been true for me.  Now, more than ever, I was seeing my country, land of the free and the home of the brave in a whole new light.

Signed in convention, September 17, 1787, and memorized in school, “We the people…establish this constitution for the United States of America.”  Our Declaration of Independence speaks of “…unalienable rights like life, liberty and the pursuit of happiness.”   Maybe living in a country that was once under a communist regime made it easier for the people of Poland to conform to this new normal.  Seeing the USA from afar, people not wanting to give up their freedoms, people still gathering, people in pursuit of happiness.  Then, my home state shuts down…schools closed, then restaurants and bars and next came the shopping centers, large gatherings were banned, people hoarded toilet paper.  I soon realized, this COVID 19 situation, this coronavirus was indeed affecting my life.  My friends were out of work.  I had friends make the difficult decision to close their businesses until this passes.  Friends who work in essential businesses are worried about being exposed to this virus.  Healthcare workers struggling with long hours and lack of equipment.  I know people who have tested positive for the coronavirus.  This isn’t a “China Problem” anymore.  It’s a global issue and sooner or later if it hasn’t already, will affect everyone’s life.

As I am finishing this up on Saturday morning in Warsaw, Poland, I am thinking about when this ends and I have faith that it will.  Will we as a global community have learned anything?  The world has already changed because of it.  So many negatives have come from this, I can only hope somehow the world becomes a better place. That families reconnect, that people are kinder, that businesses come back stronger and that “We are the World”…

“There comes a time

When we heed a certain call

When the world must come together as one

There are people dying

Oh, and it’s time to lend a hand to life

The greatest gift of all

We can’t go on

That someone, somewhere soon make a change

We’re all a part of God’s great big family

And the truth, you know, love is all we need”

As I sit here, I am truly blessed to have so many friends around the globe. Today, I am thinking of each one of you.  My friends in China, you flattened the curve and life is returning to normal.  My friends in Bali, my hope for you is that tourism will return and your homestays will once again be filled.  My friends throughout Europe…stay strong!  Most of all my friends and family in the USA, I think of you every day!  Soon we will be talking about life before and life after coronavirus.  Life will never be the same and we will adjust to the new normal.  I love you all!  Take care and stay well!